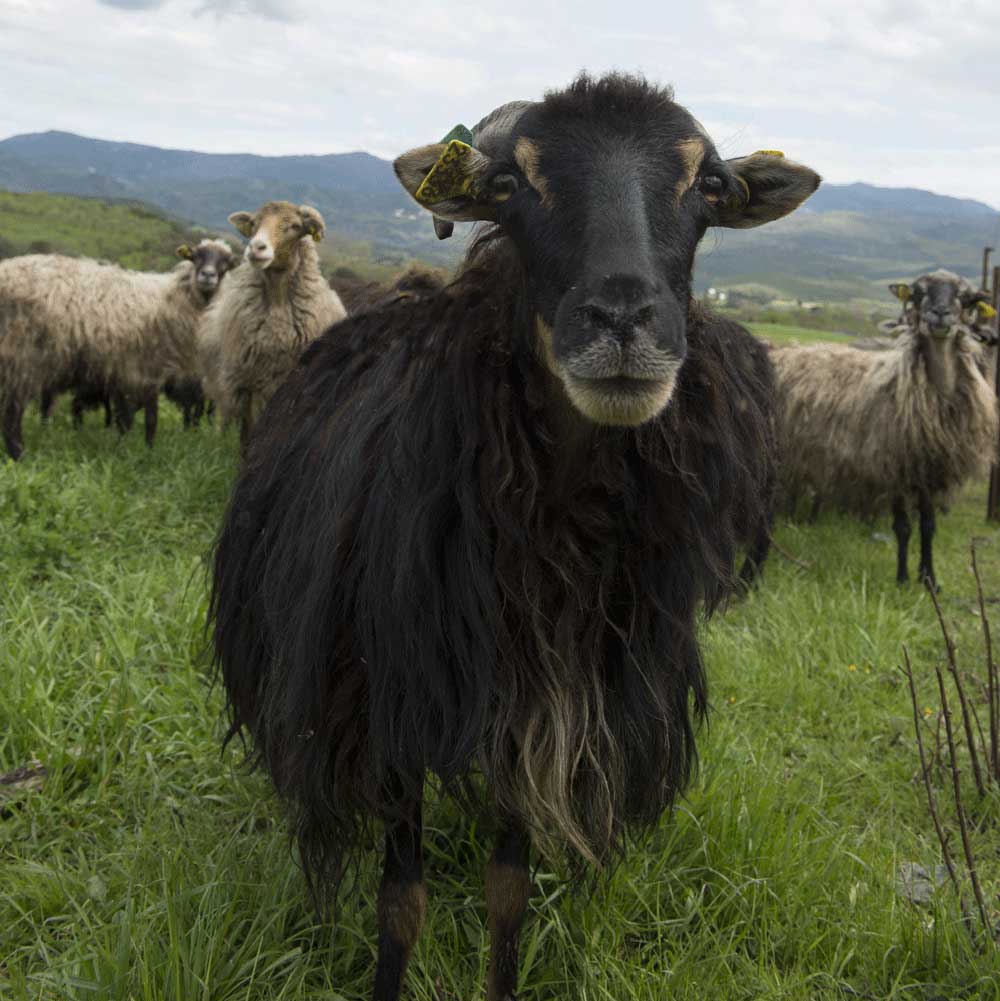 Sheep farming is practised across the island.

The Corsican sheep is characterized by its small size - 50-60cm, and low live weight of 35-40kg. Rams can reach 70cm in size and weigh 60 to 70kg. The sheep has a very narrow head, a long face and a flat or slightly curved forehead, and may or may not have horns. The ears are small, low set and almost horizontal. Rams are always horned. Their horns are large, spiralled and sweep backward. The body is regular, long, with a straight back, narrow hindquarters and relatively small-sized legs. Wool is bristled and covers the entire body of the animal with long locks, allowing the animals to thrive outdoors all year round.

Corsican sheep belong to the family of Mediterranean bristled breeds. These animals are remarkably thin and suitable for long journeys on rough and hilly ground. The colour of the fleece is not consistent- some have black fleece, while others are white and grey or reddish. Their udders are large and typical of the goat which makes it particularly easy to milk.

In the early Neolithic period (Fifth millennium BC), most of the island’s meat came from domestic animals: pigs, sheep and goats (Vine, 1995). The sheep has been one of the main assets of the island nation for as far back as Corsican collective memory runs. It has always been a mainstay of the farming economy of the island. The island's population has long been confined to mountainous regions, developing a subsistence agriculture based on the large-scale farming of sheep and goats. As a result, Corsican shepherds developed a unique system of pasturing with winters spent along the coast, where the mild climate favoured sheep grazing in swampy areas, and summer in the mountains, to escape the malaria-infestations in these areas during these months and take advantage of the lush summer pastures.

The low productivity rate, the doubling-up of tasks in certain months and problems related to the conservation of produce promoted mutual aid, sharing and the passing down of knowledge within villages. In the early twentieth century, the fabric of the farming economy was upset by intense change, leading to social disruption and the desertion of the interior. This gradual decline, which affected many agricultural sectors, spared sheep-farming somewhat, due to the arrival of Roquefort-affiliated companies at the end of the nineteenth century; a situation that deepened the imbalance between the sheep and goat sectors further (Bouche, 2006). The establishment of these dairy farms in Corsica upset the subsistence economy and gradually ushered in the industrialisation of sheep farming. From 1950, sheep farms tended to favour the coastal plains, and abandoned the traditional two-way pasturing or even, in some cases, summer pasturing altogether.

In 1986, the Corsican sheep breeding scheme was implemented under the responsibility of the Corsican Regional Federation of Ovine Selection (FRECSOV), which became the UPRA in 1994 (Union for the Promotion of the breed) and the OS (Selection Body) in 2006. 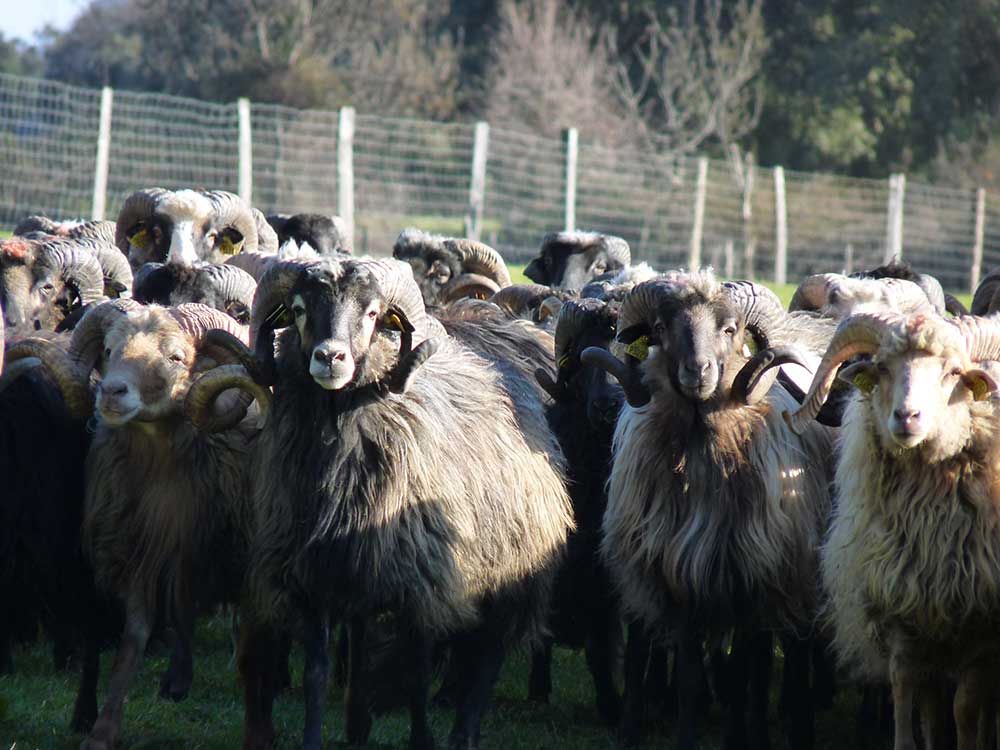 In Corse-du-Sud, sheep farms typically have 100 to 150 sheep and consist largely of farmhouses, that is to say that the farmers themselves process and sell their produce. In Corsica, sheep farms have, on average, 250 to 350 sheep and deliver their milk to third parties for use by the local cheese industry.

The structure of sheep farms can vary:

In lowland areas, there is a relatively intensified system where some farmers, through permanent management of the land and the use of arable and irrigable terrain, operate farms with large numbers of sheep, delivering milk to local industry and often employing paid staff. In this type of operation, sheep farming is often practised in conjunction with wine-making, arboriculture or cereals.

Sheep are milked from October to the end of July. Lambing takes place in late summer and autumn.