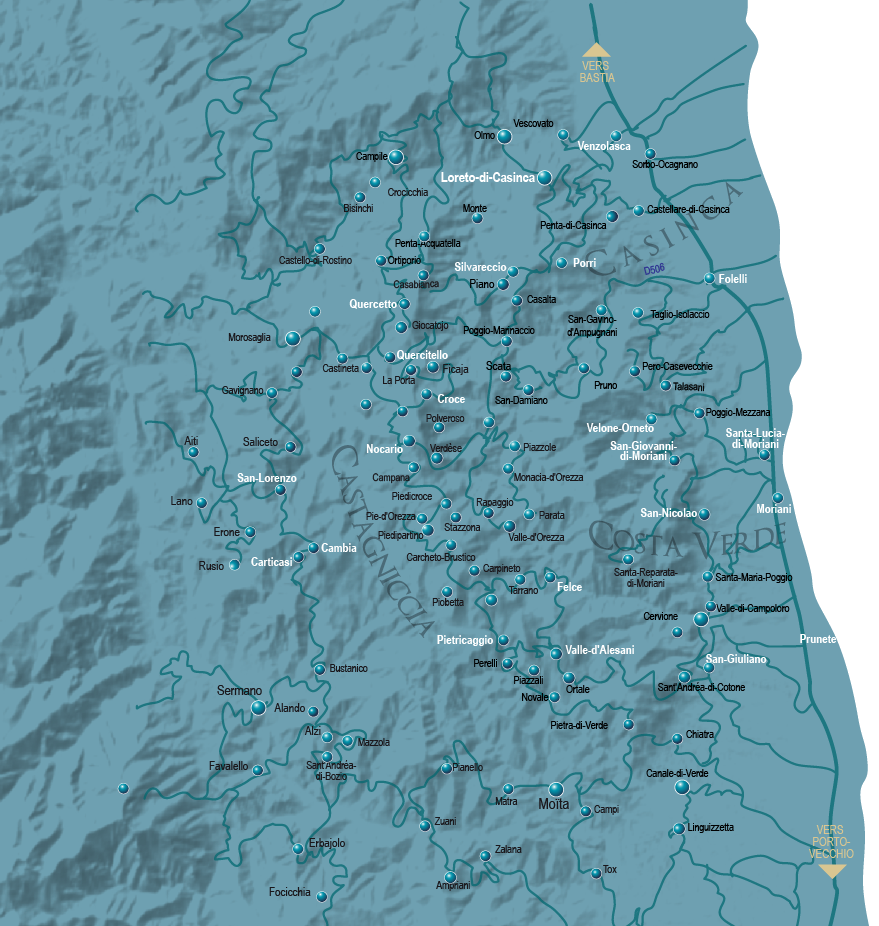 Located south of Bastia, on the east coast, this is a land of contrasts, with no shortage of water and fertile ground. Firstly, the Casinca plain, overlooked by charming villages perched in the green landscape like balconies over the sea. Known in ancient times as "Rome's Breadbasket", it is still the island’s main producer of fruit and vegetables. Going further inland, chestnut trees become predominant and the magnificent villages of Castagniccia bear witness to a glorious past built on growing chestnut trees, which is still one of the main activities in the region. The Costa Verde, on the other hand, is close to the sea and mountains, and a number of crafts people and producers have settled in its three attractive Pieve. A wide variety of produce is grown, but it is the Cervione hazelnut which stands out from the rest, awarded its very own Protected Geographical Indication (PGI).