Work is under way, spearheaded by the Corsican Vaccaghi association, to obtain certification for the Corsican breed of cattle. However, although recognised as a specific breed, and precisely described as such in 1946 by Edmond Quittet (Ministry of Agriculture) in his book "French cattle breeds", the definition of a standard Corsican breed has yet to be brought up to date, completed and widely accepted.

The following provisional specification may serve as a basis for future discussion :

"The Corsican cattle breed is of small or very small size, particularly sober, alert, hardy and vigorous, able to sustain itself in the difficult environment of the bush or the Corsican mountains, using only food from the natural environment. They are intelligent, alert and fairly placid. The animals have a jaunty, fine and expressive head, a lightweight but strong skeleton, and are rather thin and long. The ribs are deep and the general appearance is that of a slender, harmonious and balanced animal. They may be of a variety of colours, and may be mottled or solid in shading.” 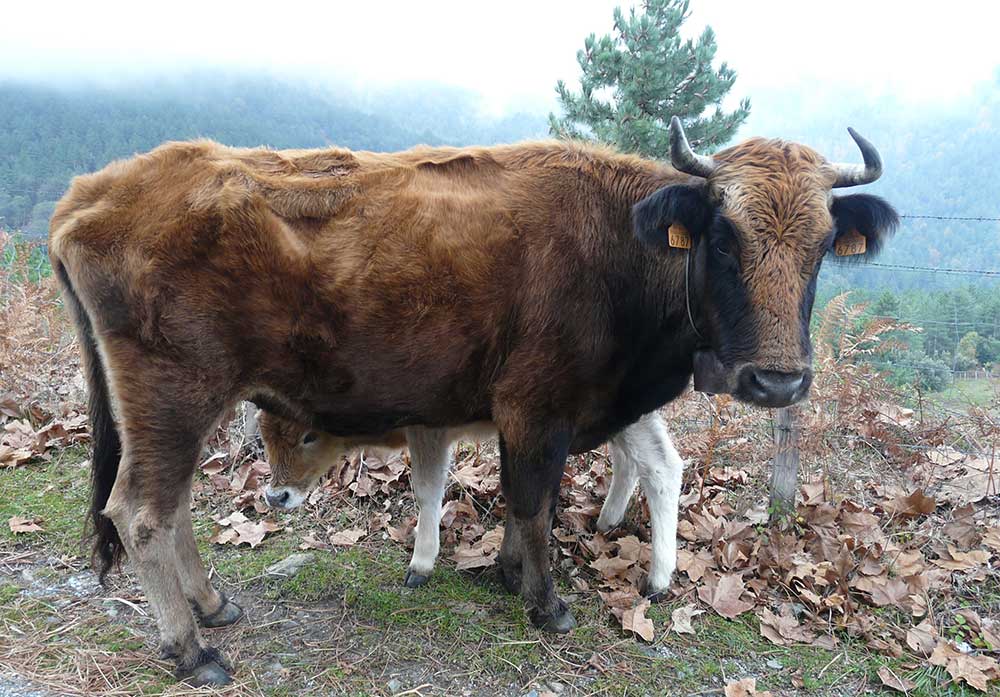