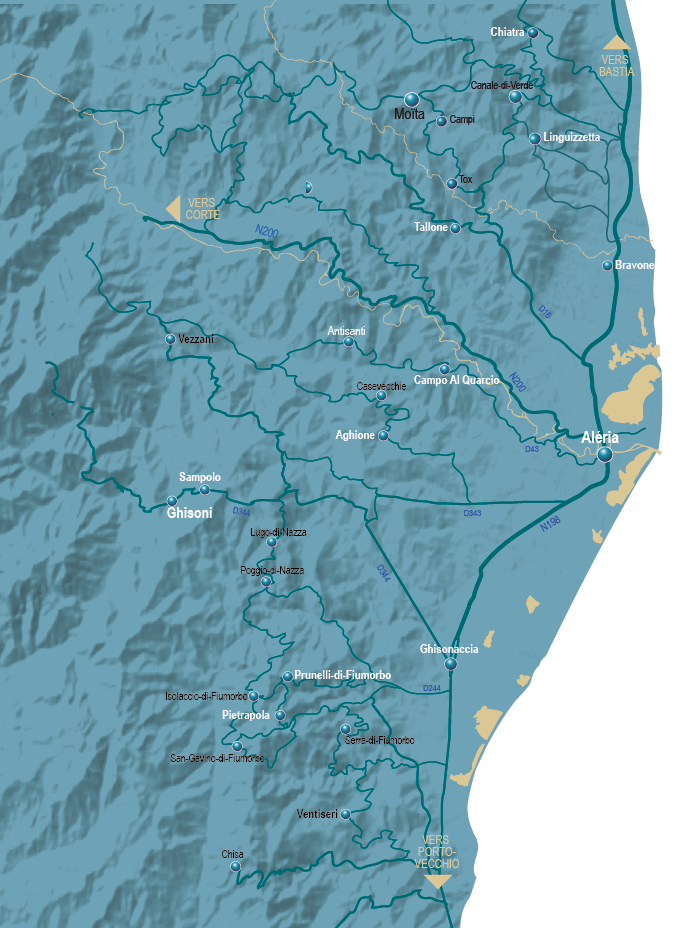 The heart of the Western Plain features the Urbinu and Diana man-made lakes, wetlands classed as "natural areas of fauna, flora and ecological interest" and lush scrubland, set against Monte Renosu, home to no fewer than six lakes...

This outstanding area will delight enthusiasts of untamed nature! The Costa Serena also features the ancestral lands of the Fium’Orbu shepherds and the vast Aleria Plain renowned since ancient times for the wealth of its produce. Opulent Aleria, which was the capital of Corsica under Emperor Augustus, was once a cosmopolitan trading post coveted by all peoples of the Mediterranean.

These days, the tradition of breeding animals continues and vines and orchards also thrive, as do "new" crops, such as clementines, grapefruit and kiwi fruit… not forgetting, of course, the famous Etang de Diana oysters.

NB: Corsica clementines are the only clementines grown in France and Corsica is the leading producer of almonds in France.

The Jérôme-Carcopino Museum housed in Fort Matra; the Roman baths; the pre-Roman necropolis; the archaeological site (from the Casabianda Plateau to the hills overlooking the Etang Del Sale); Mnémosina Museum; outstanding natural areas; the Diana Tower; the Inzecca and Des Strette Gorges, the Christe Eleison and Kyrie Eleison peaks; Monte Renosu and its lakes; Marmanu Forest; Genoan bridges; fountains and waterfalls and the abandoned village above Sampolu Lake.

Home decoration objects made from driftwood, stone, metal and glass