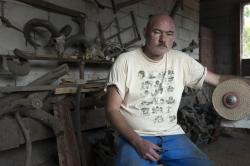 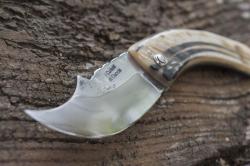 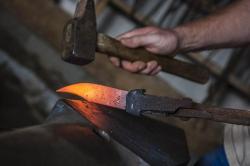 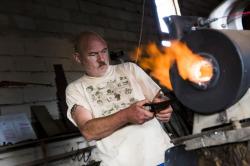 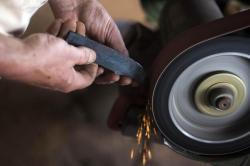 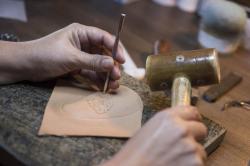 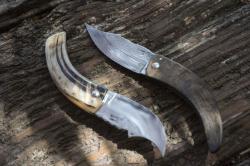 Visits : It is best to telephone in advance

A dirt trail along drystone walls, witnesses of the Asco valley’s pastoral tradition, leads to an old sheep barn from which strange metallic sounds emanate. This is where Jean-François Deak and his wife Laetitia have made their home.

“I was a local official in Marseille and at the same time I was a member of an association of knife-makers and blacksmiths . On a whim, I decided one day to leave everything behind and come to make knives in my uncle’s old sheep barn,” he says. Even if the discovery of the place is worth little, it is largely rewarded by meeting this character who describes himself as “rebellious, provocative, rustic, utopian and persevering...”

A mischievous look, with measured but sharp speech, Jean-François was able to “forge” himself a name in artistic knife making. Through hard work, numerous attempts, both successful and not, and various exchanges with other knife makers, today he has come to master his art. The beauty of his knives attracts visitors from around the world who he receives in his “lair” with his wife who painstakingly makes beautiful leather display cases to house the creations of his forge.

For further details, please complete the following form. We will reply shortly